The Hastings High School tennis hitting wall was recently spiced up by the Hastings art department.

The Hastings High School tennis courts will be undergoing a series of upgrades this summer, including a new shed and filled cracks on the courts. Another addition, an upgraded hitting wall, is nearly finished.

The Hastings art department has been working during the past couple of weeks to spice up the tennis hitting wall with some character. The high school art club students are nearly finished, and they have done an amazing job. In the mural, they have included the infamous Hastings water tower. During the past couple of seasons, Hastings varsity players have worked hard to "defend the tower". The mural does an excellent job of depicting the tower's importance to the HHS teams. Next time you are at the courts, make sure to stop by, work on some backhands at the hitting wall, and admire the masterpiece. 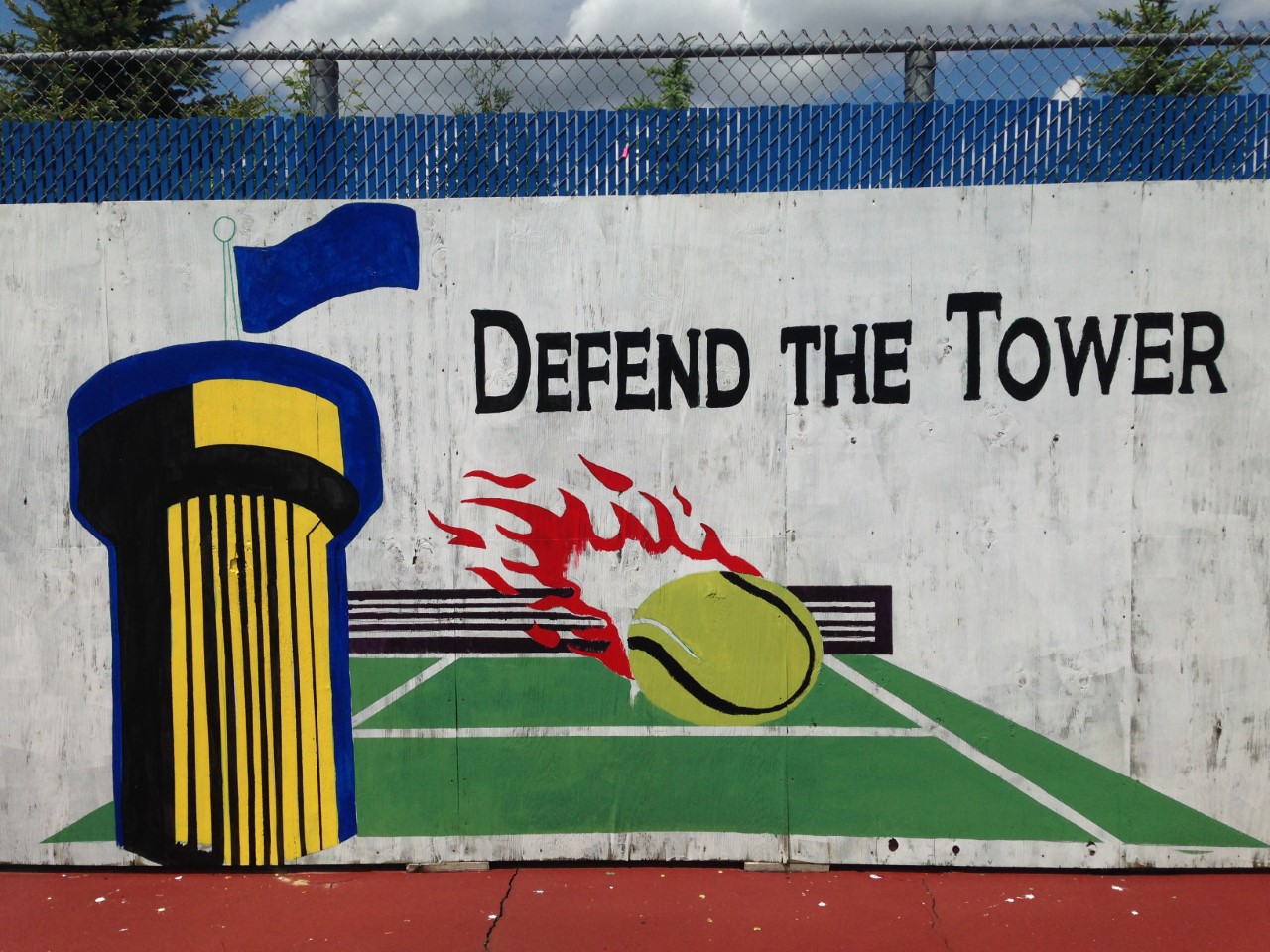